We were recently asked by a potential customer, who was interested in our NFC-enabled coins, if we would accept paypal.  We had to think about this longer than we should have, as many recent potential customers had decided that they were ‘holding out for now but they’d be in touch’, and while we appreciate the desire to increase ones purchasing power before spending, it leaves us with less to do!  The prospect of a solid order, even in fiat, was tempting but we decided to politely decline payment in paypal and here’s my response explaining why:

Part of it is practical: the bastards at paypal love(d?) to screw with any account I’ve ever had with them and prevent me from using them in a useful way. To my knowledge I’ve never done anything to give them a reason to do so, but it’s left an awful taste in my mouth.

Part of it is ideological: Our service was instituted specifically to provide holders of BTC (along with LTC and perhaps PPC one day) with a way to turn their digital currency into something tangible. There are a variety of services which will happily take dollars for the same thing, but we wanted to stand out as an example of how BTC wasn’t just a speculative plaything, but was actually a part of the internet’s collective capability leaking out into the real world. We’ve only taken orders for BTC (and 1 LTC order, surprisingly), and so for the other 8-9 holders of our coins, they can say that they possess a crafted, data-storing, 3D printed coin which one can ONLY obtain using the currencies they represent. That they can then use the coin to store some of that digital money is icing on the cake.

So that’s why, at this point, I feel that taking paypal for the coins would ‘devalue’ those which exist. I’m really not intent on creating a barrier or burden for you in this, but I feel like some sort of principle would be sacrificed. I hope that you and your friend appreciate this subtlety.

That being said, I’ll happily take bitcoin or litecoin for your purchase. If you need any assistance in obtaining either I’ll do my best to point you in the right direction. I apologize for the inconvenience.

As of 4/2/2013 it costs 15 litecoins per 3D-printed NFC-enabled litecoin simulacra (or bitcoin simulacra) with domestic shipping included.  Add 5 LTC for international shipping.

Our fledgling operation has managed to satisfy a few customers so far (see here https://bitcointalk.org/index.php?topic=148902.0), but instead of being swamped by orders, we’ve been left pondering – Might people be unwilling to spend their bitcoins?  Is the speculative aspect dominating the utility of exchange?  Or is the market for custom 3D printing just already swamped with other services?

As we started a printing service for BTC to expand the marketplace/economy associated with it, we decided that in that spirit we should begin accepting LTC as well.  So we are now happy to accept litecoin for 3D printed stuff!

We are looking for a trustworthy escrow service which accepts LTC if anyone has one in mind.   We are also looking for a suitable model so that we might offer this little ‘trifecta of technology’ of 3D printed NFC-enabled litecoin chits, if there are any designers out there who might be willing to give it a crack. 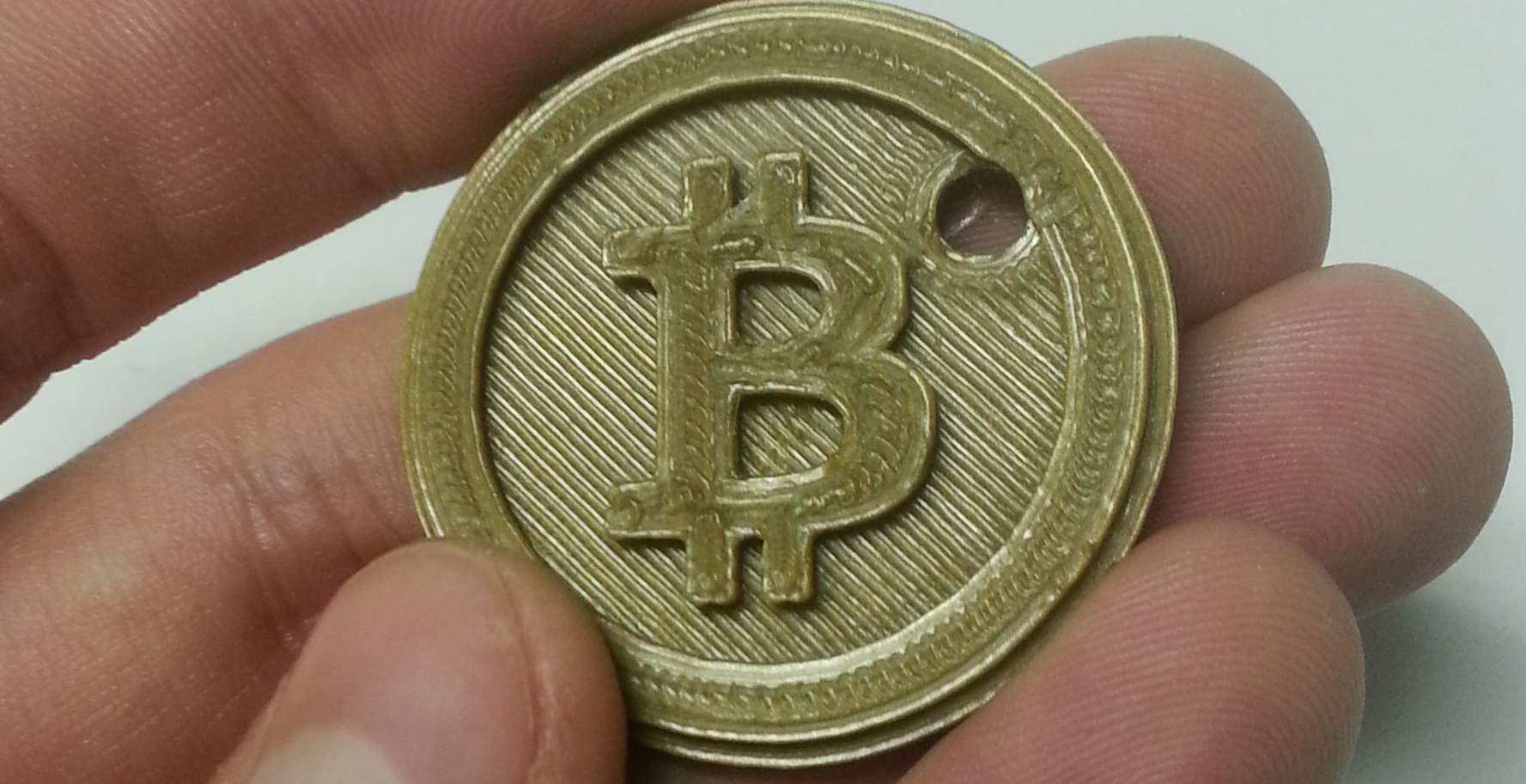 We are considering offering these on a regular basis, but wanted to auction one to see what the interest levels are.  As the auction has recieved bids we will be including these with the next 3 orders, and begin offering them as a regular product after that on bitmit.

After talking with a potential client, he asked us the following question: “If for some reason the price of bitcoin jumps even more wildly, I’ll keep the payment to the equivalent asking price of $XYZ. Since you don’t have hedged escrow does this sound fair?”

Our current payment plan works with installments and depends on mutual trust, but it leaves us open to absorbing some fraction of the fees if a client never follows through with their final payment.

I guess this gives me pause because this service is an experiment, a test of the bitcoin economy’s health and the dynamic nature of the community.  It’s a stone soup thing in that sense – the development and expansion of this service are predicated on the market demand for it.

You can now buy pizza for BTC.  Whomever is operating that service is doing something really neat – manifesting a physical good for BTC.  (Even better is giving donations to charity for BTC a la: www.reddit.com/r/Bitcoin/comments/19oiht/rbitcoin_lets_share_with_those_in_need_for_every/.  Being able to feed yourself with something is coming pretty close to ‘being money’ for me.  Being able to pay rent, power bills, and shipping costs are still a ways off.  I worry that these services will continue to be difficult to pay for using BTC as long as the main sources of physical goods available are VHS tapes on Bitmit (no offense intended).

Food is a funny thing like that – it’s worth more than gold or bitcoin if you don’t have it.  The 10,000 BTC pizza will live on in infamy.  It was paid for, eaten, presumably enjoyed, and now the story is all that’s left.  Whatever the current value of BTC is is what determines our offers, but we’re not acting like investors – we’re trying to live in a fantasy world where we could can use the BTC we earn to sustain the service we provide.  There’s nothing close to a hope of making this a full time job.  If the community responds to overwhelm us, we will respond in kind – we think that’s a long way off at this point, but are happy that you’re considering having us work for you.  Please leave your comments below and re-post this across the forums.  Thanks! 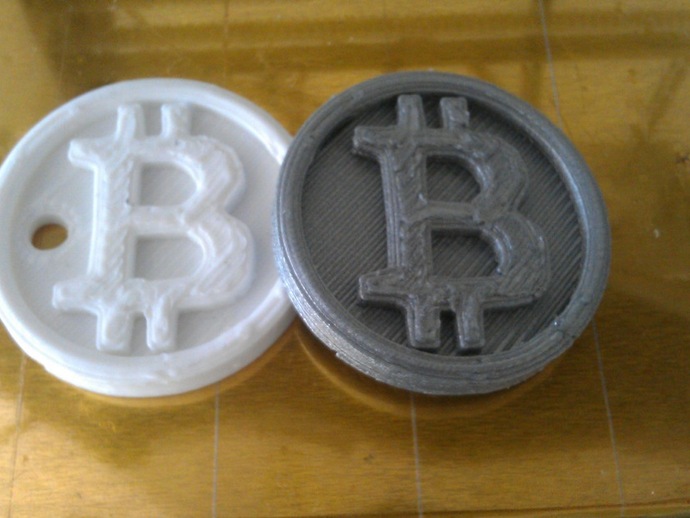 BTC is cool, but “what can you do with it?” is a common cry.  Digital services are cheap, but true manufacturing of goods has not been tested.  We are attempting to test this possibility, but we are doing so at a small scale.

This has its benefits:  We are working on a one-on-one basis at the moment to satisfy our customers and build trust (rather than faith).  Your orders are satisfied one at a time.  If we become bogged with orders (a sign of BTC’s utility) then we will evolve to deal with it, hopefully using community suggestions (or community reviewed/revised suggestions) to drive our operation. 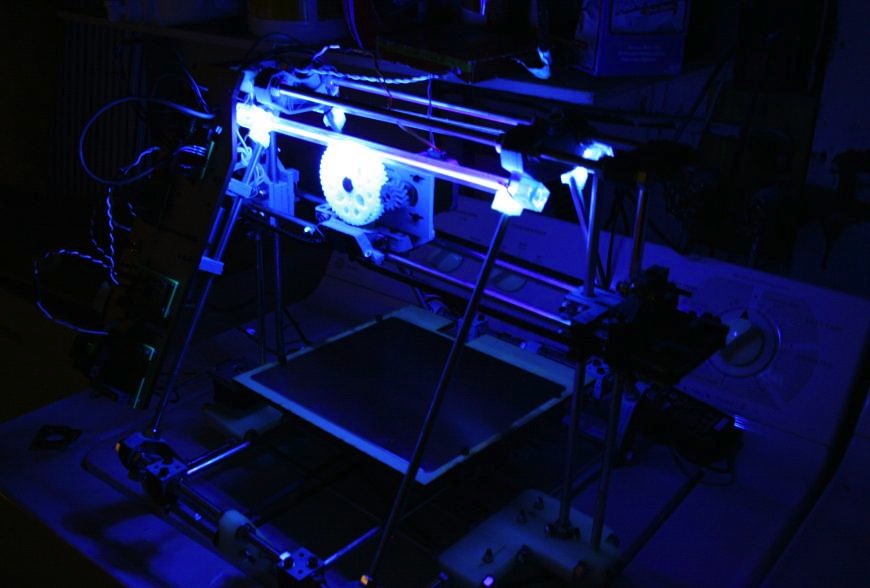 There are a number of services currently available which will take your fiat currency and 3D print you something from an STL file.  To our knowledge, no one has been offering to 3D print objects for bitcoin.  We’re trying to change that.

By delivering 3D printed goods made using entirely open-source methods, we hope to expand services and products available for BTC.  With 3D filament suppliers now offering supplies for BTC, it is possible for this to be somewhat self-sustaining (once we’ve earned enough BTC for another reel, we can order more filament for more prints).  Our offerings will expand as we get more requests and suggestions.  The more feedback we receive, the better we might become as a service.